SCUPI is in the process of building an effective and long-term strategy to leverage its academic advantage in manufacturing field. Toward this end, SCUPI and Stratasys, a world leading additive manufacturer, agreed to establish the ‘SCUPI – Stratasys Additive Manufacturing Innovative Lab in iLife Space, 2nd Floor, Commercial Street, Jiang’an Campus, SCU, so as to promote more applications of technological achievements. SCU will provide funds, space and technical personnel; while Stratasys will provide technical support, facilities and customized 3D printing courses and certification. 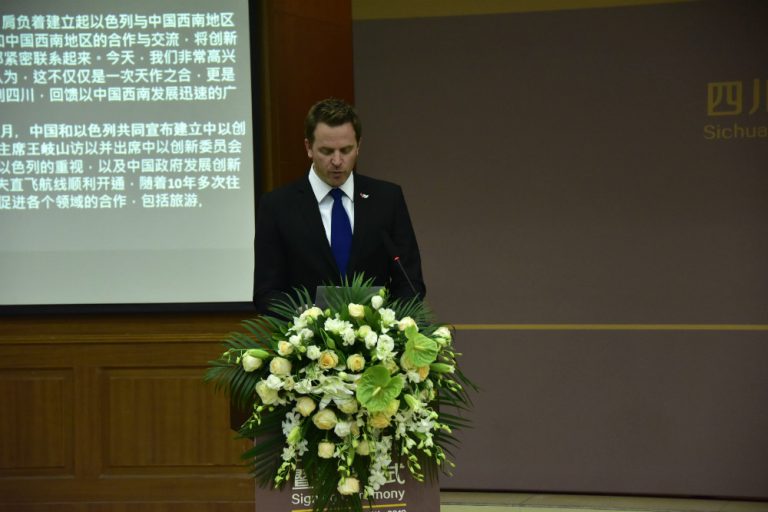 “As one of the top 3D printing companies in Israel, Stratasys always keeps a good relationship with Sichuan Province and devotes itself to education, medical treatment, aviation and intelligent manufacturing. Israel is an old friend of Sichuan that we cooperated to realize several great programs,” said Mr. Ran Peleg, Consul General, Consulate General of Israel in Chengdu. 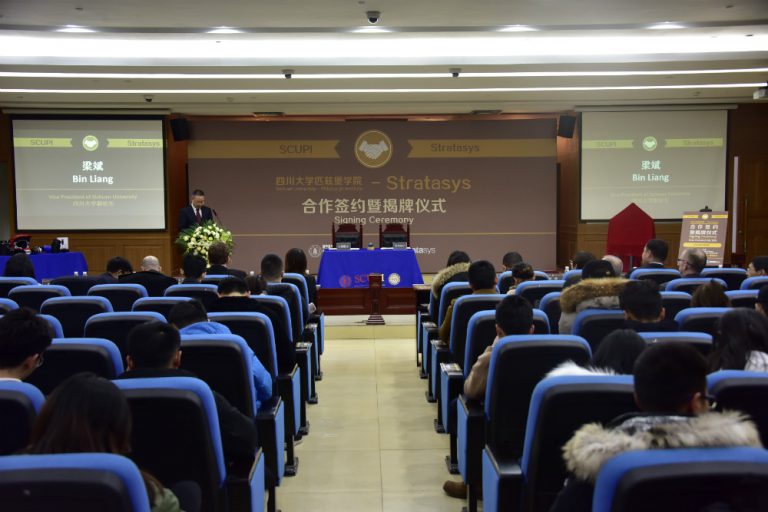 “Achievements during the comprehensively deepening reform period provide new opportunities for universities and companies to set up a mechanism for, and to solve prominent problems encountered in, cooperation and development. This innovative lab is a pioneer which brings new opportunity for implementation of academic and technological achievements in SCU,” said Dr. Bin Liang, Vice President of SCU & Director of SCUPI.He stated that, by encouraging the lab to thrive, we are working toward overcoming barriers between universities and enterprises and focus on the application of technological achievements. 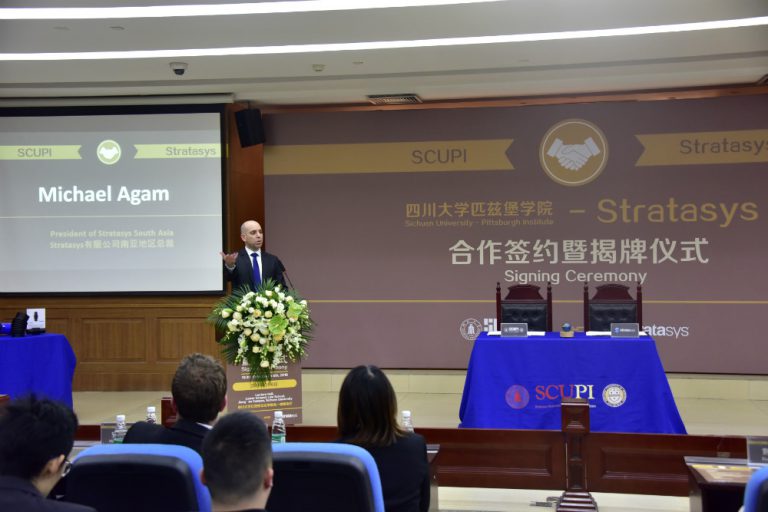 “Recently, 3D printing has developed a lot in China, but the shortage of professionals is somewhat a dilemma. That’s why we decided to cooperate with SCUPI,” said Mr. Michael Agam, president of Stratasys, South Asian. The two parties would work together to expedite the development of the lab. After the establishment, we could provide more opportunities in intelligent manufacturing for SCU students to innovate and even start up their businesses. 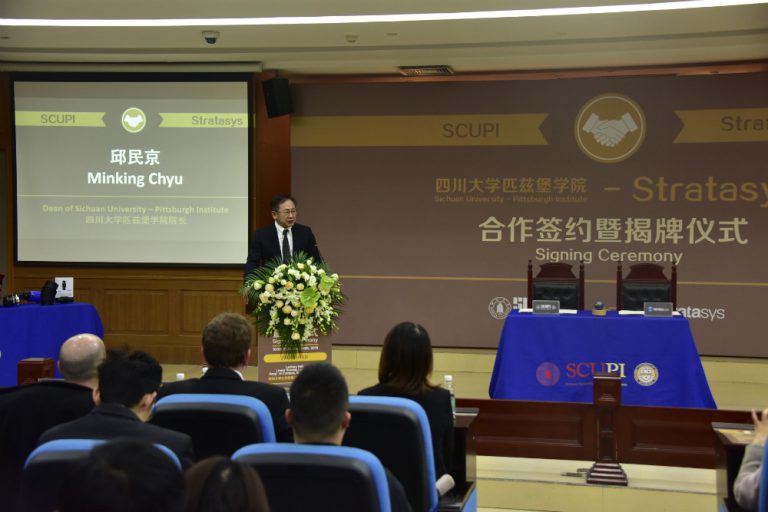 Dr. Minking Chyu, Dean of SCUPI, believes that after the establishment, students will have access to one-up 3D printing technology on campus, which could develop their operational ability and motivate the spirit of innovation. He explained, “I believe SCUPI and Stratasys would open up and cooperate and eventually achieve a win-win outcome. The lab could innovate the cooperative mechanism and develop into a base for the application of technological achievements with international competitiveness.” Such high-level interactions have lent fresh impetus to our relations towards an open and pragmatic partnership for comprehensive cooperation.

The two parties signed the cooperative agreement and jointly inaugurated the lab, which represented a new page both for the university and SCUPI in the shared commitment to enterprise cooperation. Then to conclude the event, the guests visited iLife Space and iChuang Street (Entrepreneurship Demonstration Street), where they discussed about innovation and entrepreneurship projects for college students, employment opportunities, and the implementation of technology achievements etc.